Home Our Story Professionals Events News Publications Contact Us
China Ranked No.1 for PCT Filings in 2019 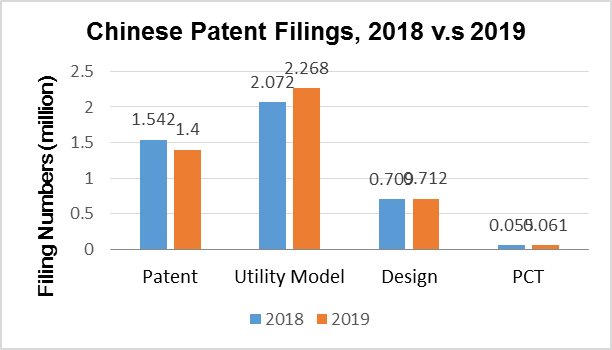 The consecutive increase in number of PCT filings over the years indicated that more and more Chinese companies are willing to extend their technologies and business into countries/regions other than China.

While the statistics in 2019 are generally within our expectations, Year 2020 will be more unpredictable due to the outbreak of COVID-19. The pandemic has influenced a number of companies and individuals, and will influence even more people worldwide if it cannot get controlled in short term.

We are confident that the virus could be defeated one day, as China has set a good example of how to control the virus and Chinese public has basically recovered from the pandemic. We hope the inventors and designers, from all over the world, will continue to innovate during this hard time.